We thought our community might enjoy getting to know a little bit about some of the people behind the software you use every day, so we will be presenting short profiles of some of our engineers and other staff members. We hope you find them as interesting as we do! 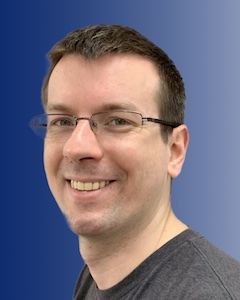 Michał Kępień of Warsaw, Poland, currently holds the titles of BIND 9 Quality Assurance Manager, Software Developer, and CLO (Chief Latte Officer) at ISC. He has an MSc in Computer Science from the Military University of Technology in Warsaw, and before coming to ISC in June of 2017 he worked as a network/system administrator at a small IT company called Ce3 and then as a DNS engineer at NASK, the registry for .pl (BIND support customers - shout out!).

As QA Manager, Michał is constantly improving our test processes, recently adding Windows FreeBSD and OpenBSD to BIND’s continuous integration testing. BIND users have Michał to thank for the ISC CentOS packages - he created the original packages on our local servers and curates the new subscriber repo on Cloudsmith.io. Among the BIND developers, Michał is known as a thorough, detail-oriented code reviewer. You don’t often get a review like “lgtm” from Michał; you are more likely to get several paragraphs of comments and requests for clarification. Michal was the primary developer of BIND’s Mirror Zones feature, which allows a resolver to download, verify, and use the root zone locally.

Michał believes in ISC’s mission and is a fan of the open source concept. As he says, “I like making things work reliably and I believe that putting your code under public scrutiny is the best way to improve its quality. The more people use a given piece of software and/or try to break it, the more corner-case bugs can be identified and eliminated - and sharing the source code publicly facilitates that.

“On the other hand, as a user of open source, I appreciate the fact that even if a piece of software does not work as I would expect it to, I can try tweaking it myself. Sometimes, this results in a patch being sent upstream. It is a great feeling to see your patch accepted and knowing that the code you contributed to is running on someone else’s machine.”

At ISC, Michał loves “working on something that is indirectly used by millions of people all over the world and having the privilege of doing that in the company of really smart people who are happy to share their knowledge and insights.” Because there are now four Michal/Michał/Michaels at ISC, Michał volunteered to be known as “Mr. White” to reduce confusion.

Michał works hard every day to make ISC’s products better, to the best of his ability. He also regularly delights the rest of the staff (and his family) with his attempts to make latte art.

Thank you for using ISC’s software and we hope you have enjoyed this peek behind the ISC curtain. We welcome your feedback at marketing@isc.org and look forward to bringing you more employee profiles in the future.